Before EPA began regulating sulfur in diesel, diesel fuel contained as much as 5,000 parts per million (ppm) of sulfur. This sulfur was utilized by all diesel engine designs as a fuel system and injector lubricant. When the American EPA regulated sulfur out of Diesel fuel in 2006, this created a problem. All diesel engines were designed to use the sulfur in diesel fuel as a lubricant. Now it's gone. I don't know about you, but I certainly didn't get the memo. Why should I? I'm a sailor not a diesel mechanic.

Originally, ULSD (Ultra Low Sulfur Diesel) fuel was mandated for use in all on road diesel engines in 2006. Then in 2015 this mandate was extended to include all marine diesel fuel. This fuel burns cleaner and is less polluting ... but ULSD contains just 15 ppm of sulfer ... which is less than 1% of what the Yanmar, Volvo or Beta or Universal or Kubota marine diesel engines were designed to use.

Since sulfur pollutes, and had to be removed, the oil refineries were mandated to replace the sulfur with their own lubrication substitutes. However, Independent tests have shown that these required additives aren't always added in their proper amounts to the diesel fuel. To protect diesel engines, we .. the engine owner ... have to add them ourselves to protect our investment.

For sailors, one would think this should be of interest ... as we all depend on our diesels and at times they could be necessary to save us from life and death situations.

This page contains an independent study of some of the most popular diesel additives in a test which has ZERO bias as to the brand of the additive. This test was paid for by owner/operators of 18 wheeler commercial trucks, and each additive was sent to the lab with random numbers on the container.

All marine diesel owners should be grateful for this study which was conducted and sponsored by Dieselplace.com. Click on the Link below for the results of their testing but I'll tell you right now that if you plan on keeping your boat, you should be adding a lubricant into your diesel fuel.

The webmaster of this website has 2 Yanmar diesels in his Catalac Catamaran and used this study to choose additives regularly used in his diesel engines. 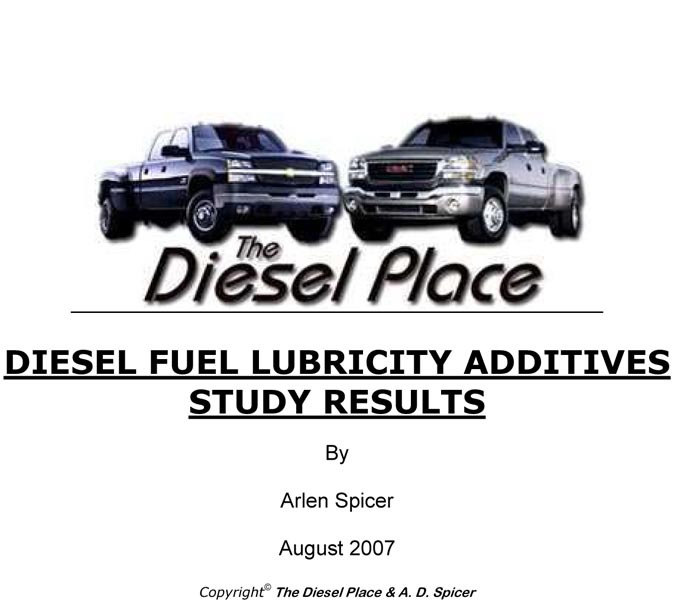 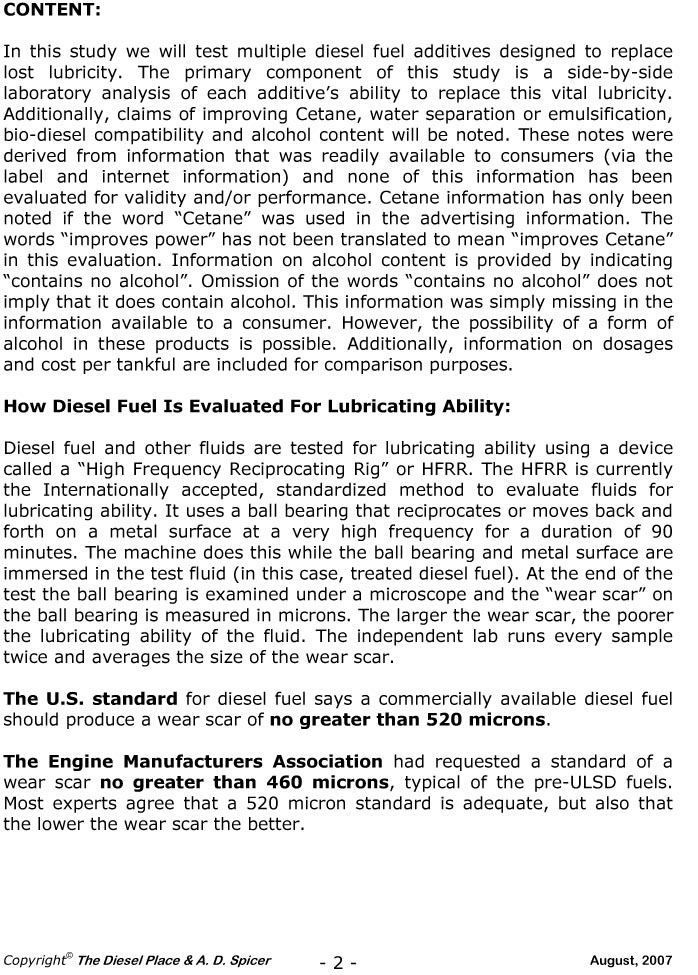 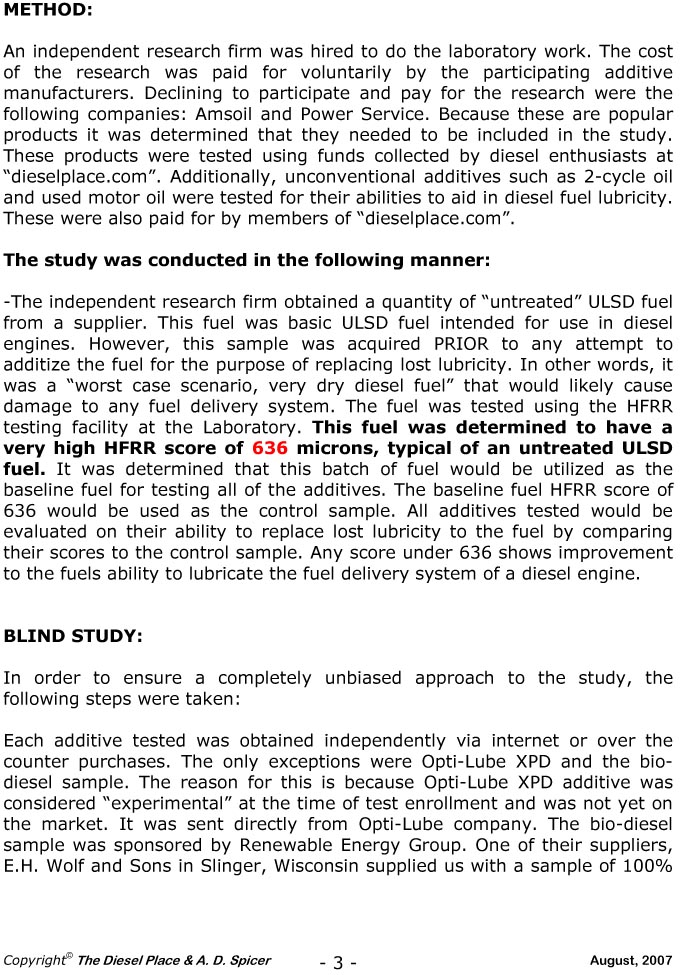 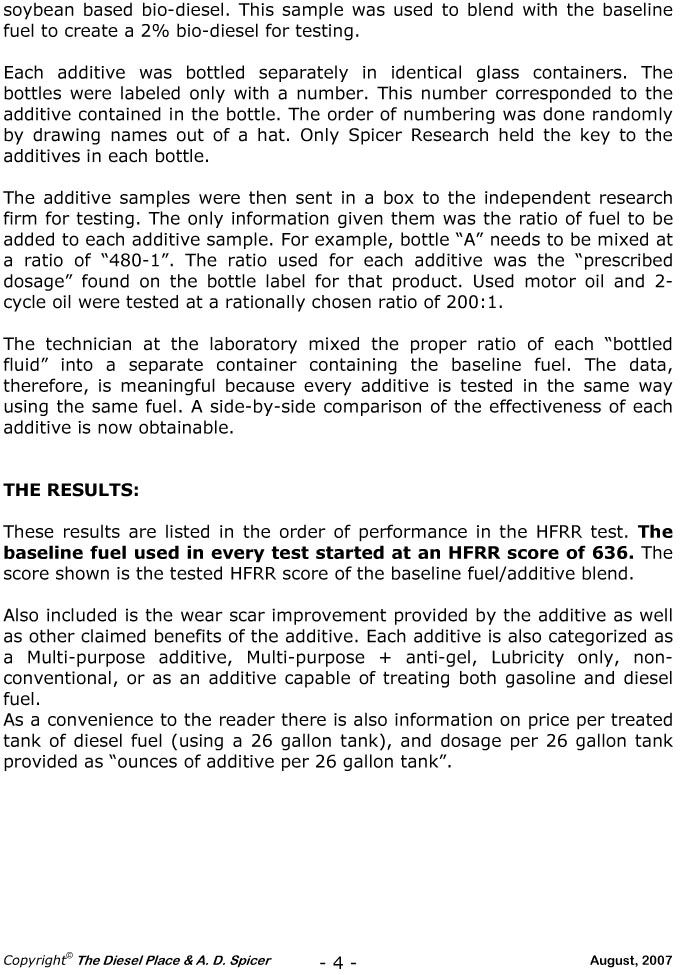 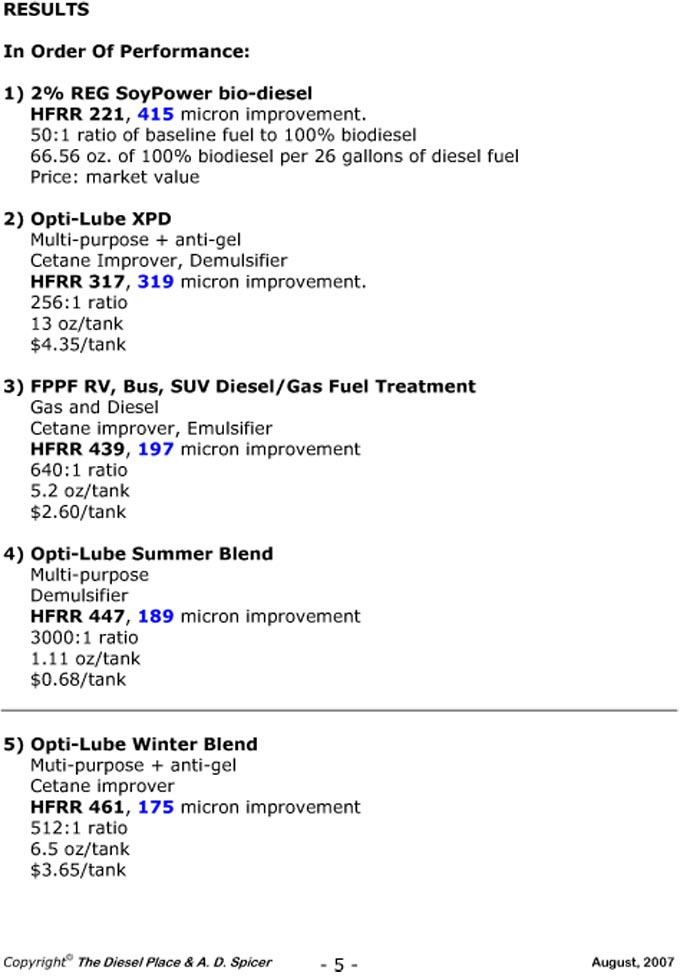 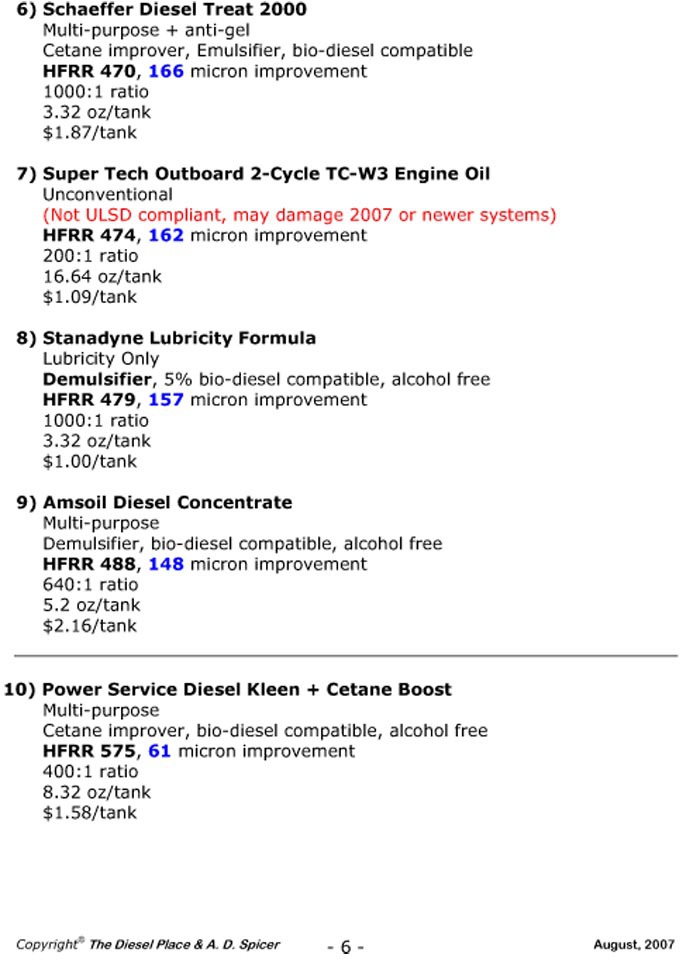 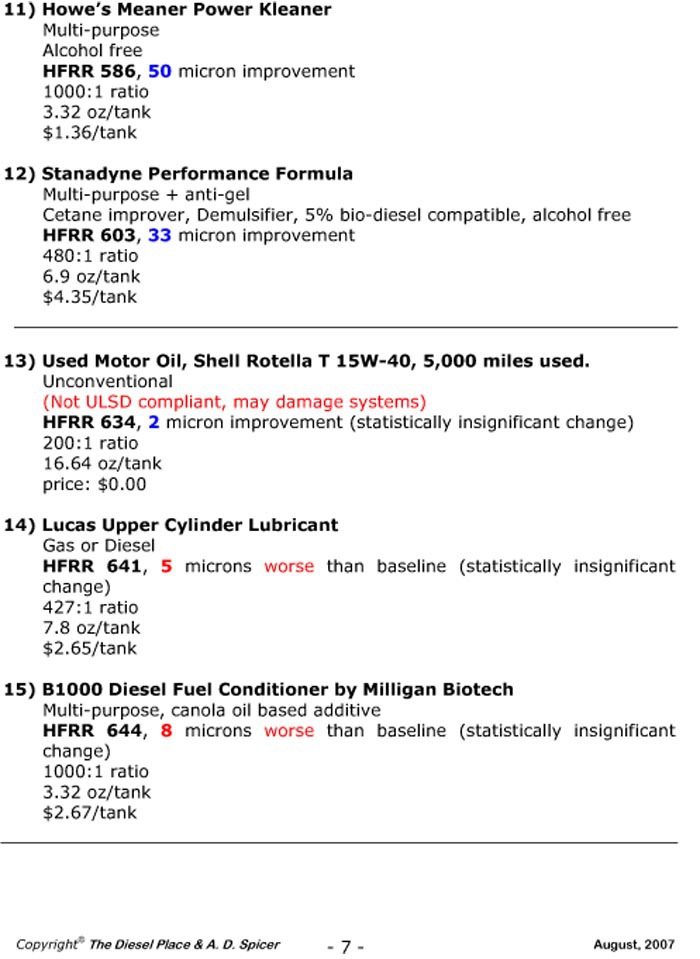 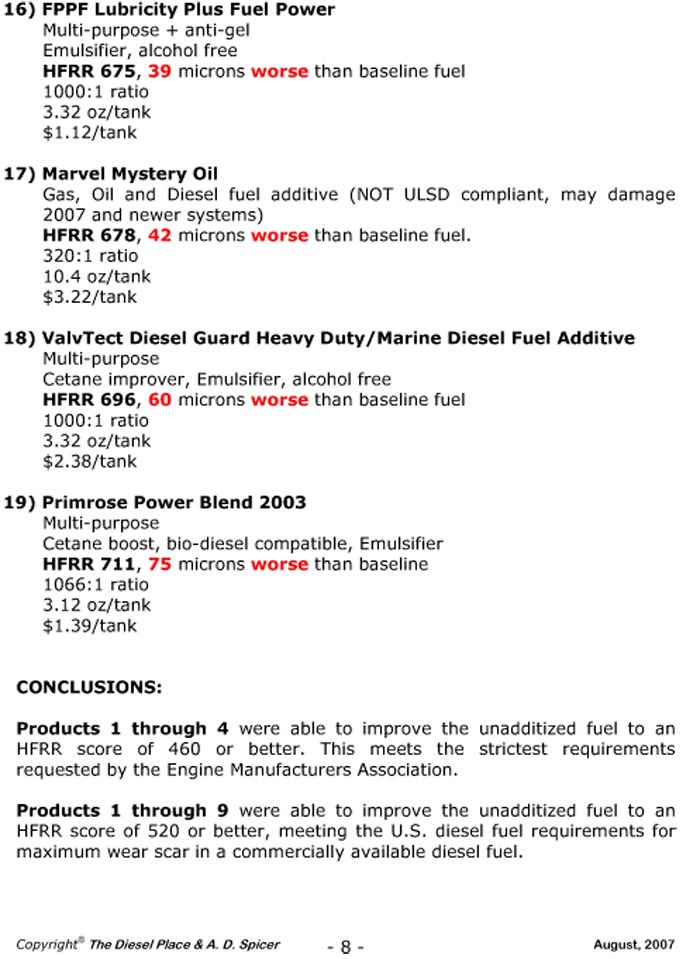 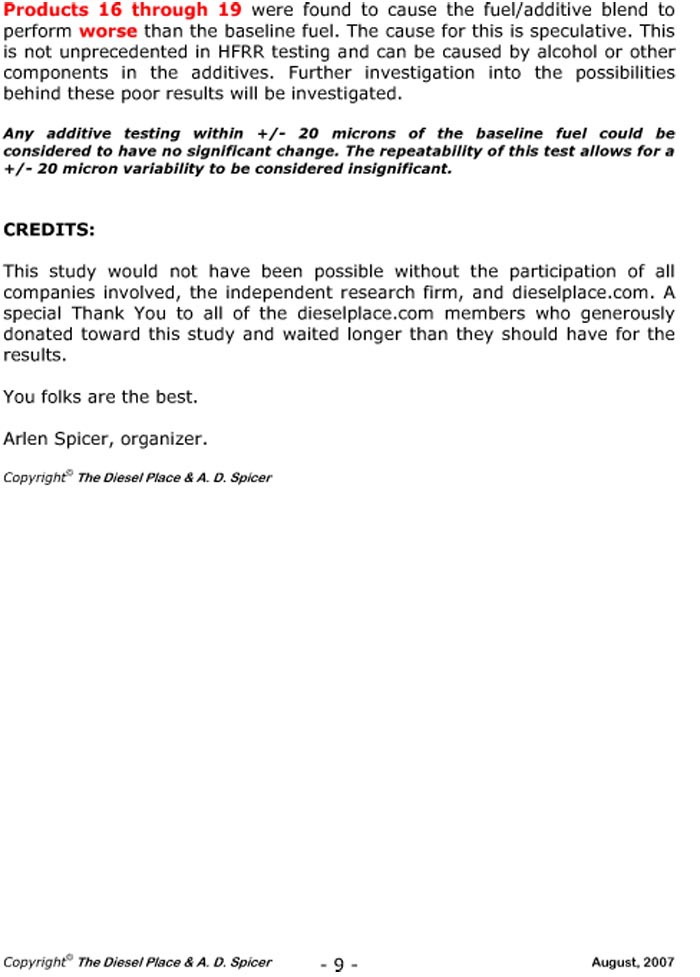 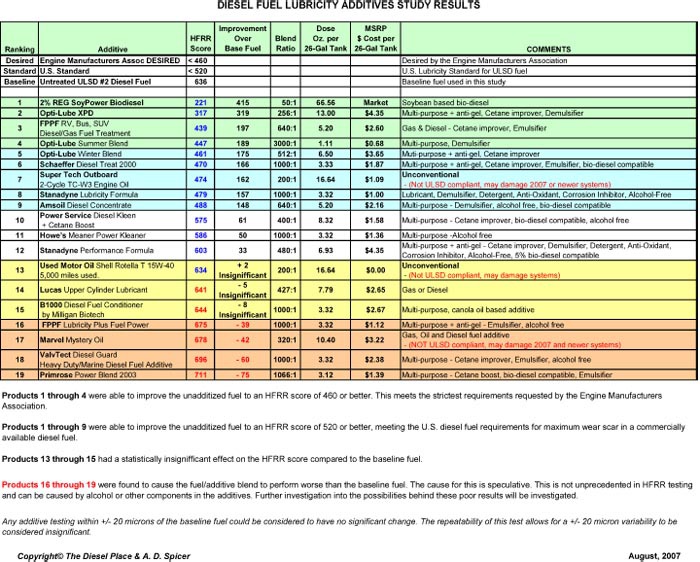